Olivia Wilde was a full-on Anthony Vaccarello darling for the New York premiere of Don’t Worry Darling. Before slipping on a black Saint Laurent dress, the director got ready with the help of her longtime glam squad, makeup artist Mélanie Inglessis and hairstylist Mara Roszak, channeling Vaccarello’s vibes (namely, rock star) through their respective mediums. In Inglessis’s realm, that meant a gaze-encasing application of hazy charcoal liner and a balmy pink lip. And for Roszak? Sexy, lived-in textures. 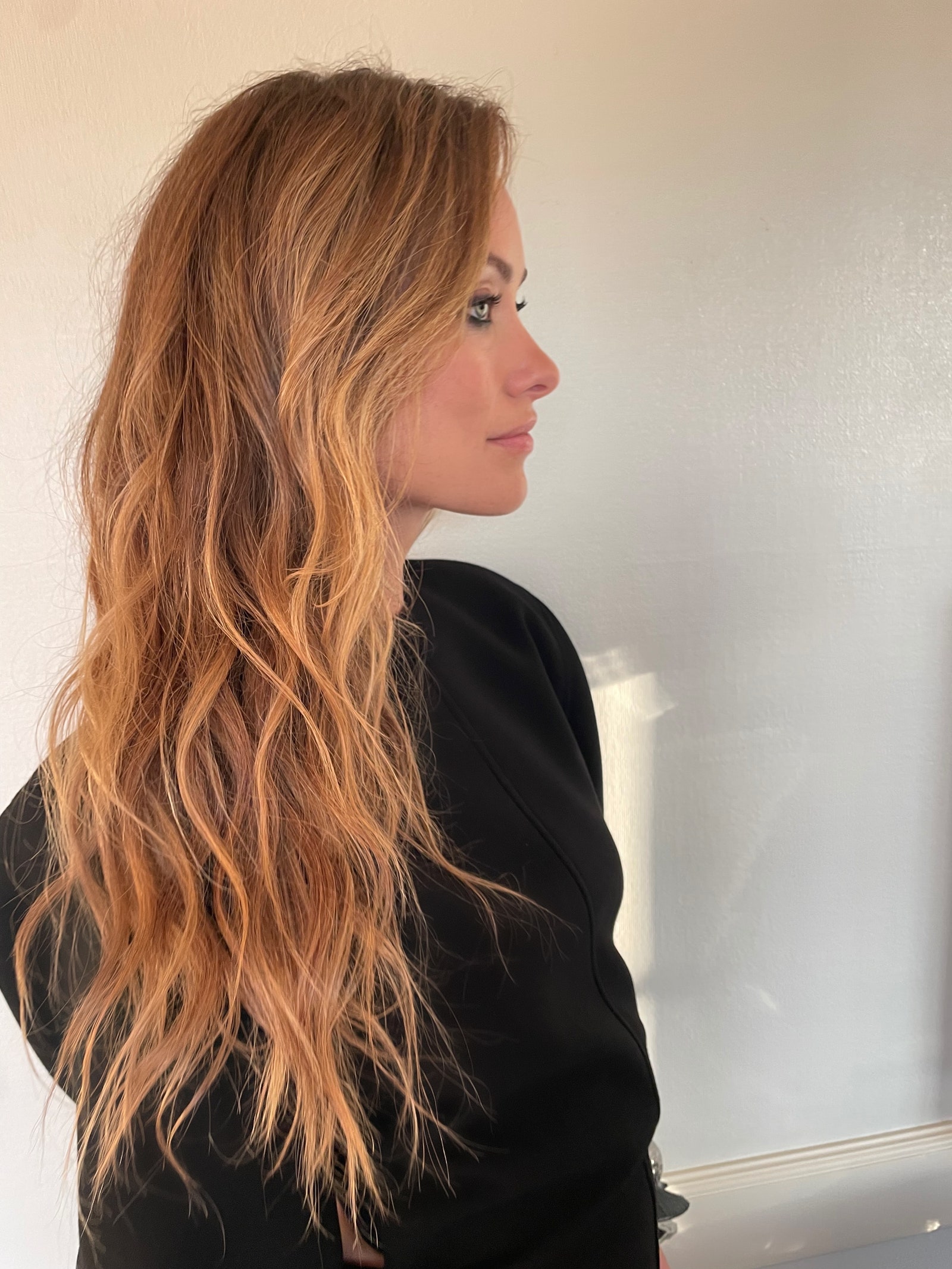 “Anthony Vaccarello’s girls always have a bit of edge, that grunge feel,” says Roszak, who set the top of Wilde’s long (and natural) lengths with Velcro rollers for a nonchalant lift. “Nothing too overthought—a Kate Moss, ’90s sort of thing.” 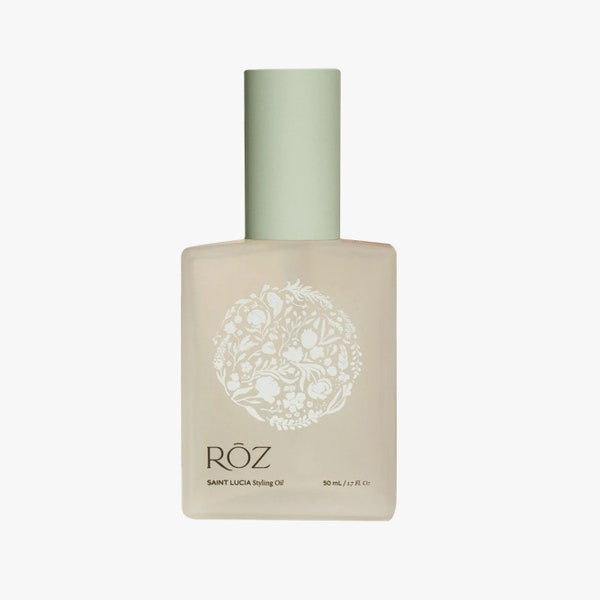 Roszak prepped Wilde’s lengths with her own Roz Santa Lucia styling oil before applying a touch of volumizing mousse and blowing dry—making sure to blow the front sections of the actor’s hair forward for extra oomph. After that, Roszak curled Wilde’s hair in various directions for an authentically messy look. “I was going for a confusing curl pattern,” says the stylist with a laugh. 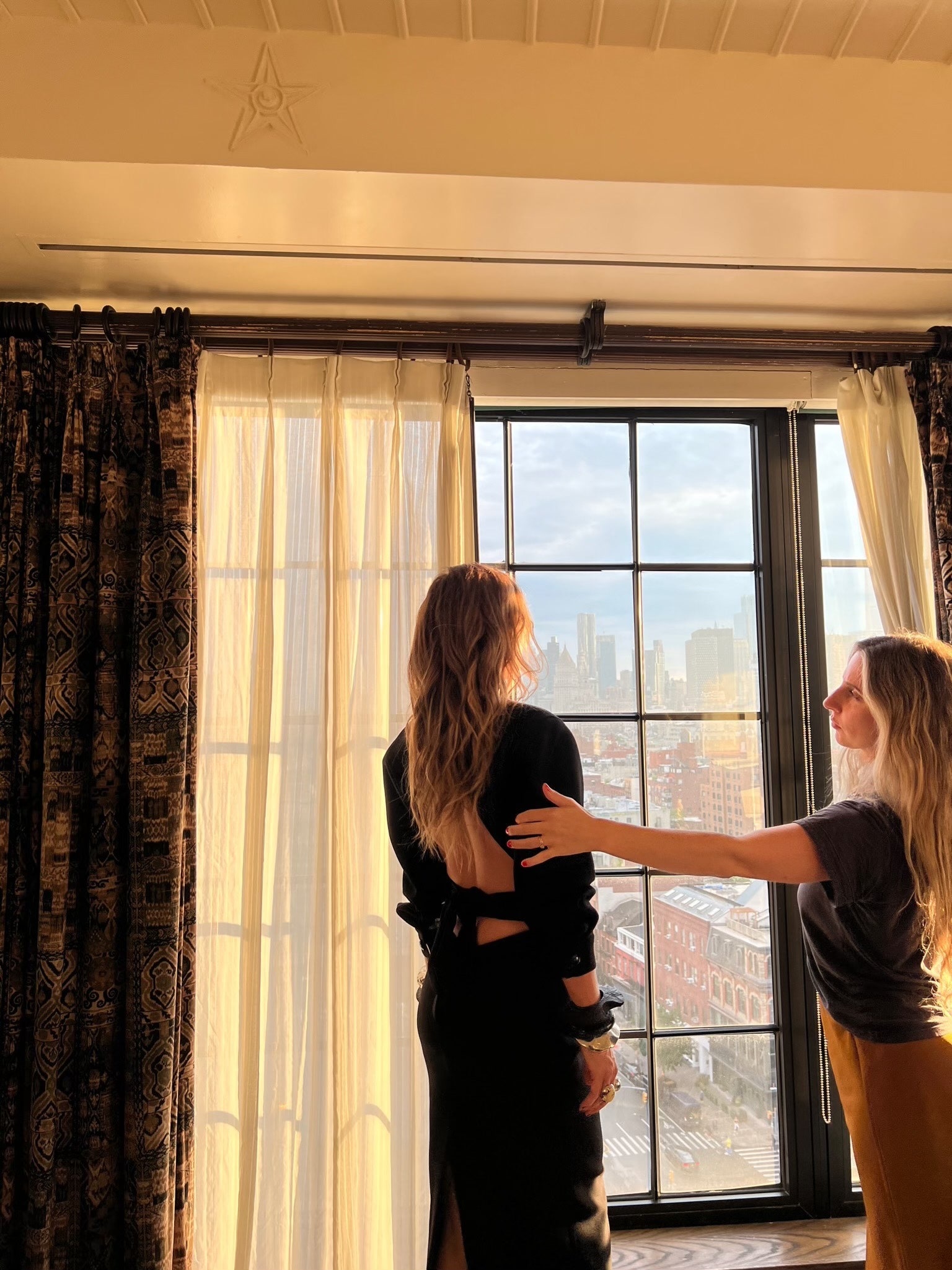 “Olivia is such a beauty, and sexy hair really works on her,” adds Roszak. We can’t help but agree—even after a wealth of Don’t Worry Darling press, this moment is a standout.