Thus far, it’s been a pretty minimal New York Fashion Week when it comes to makeup. Clean, warm, glowing, skin has been the mandate from Altuzarra to Fendi, where makeup artist Pat McGrath describes the look as “sublime skin meets minimal majorness.” There’s a reason for this stripped-back aesthetic, suggesting Diane Kendal. “Every show I’ve been doing this week has been about the nineties,” the makeup artist revealed tonight backstage at Tory Burch, where the directive was much the same. 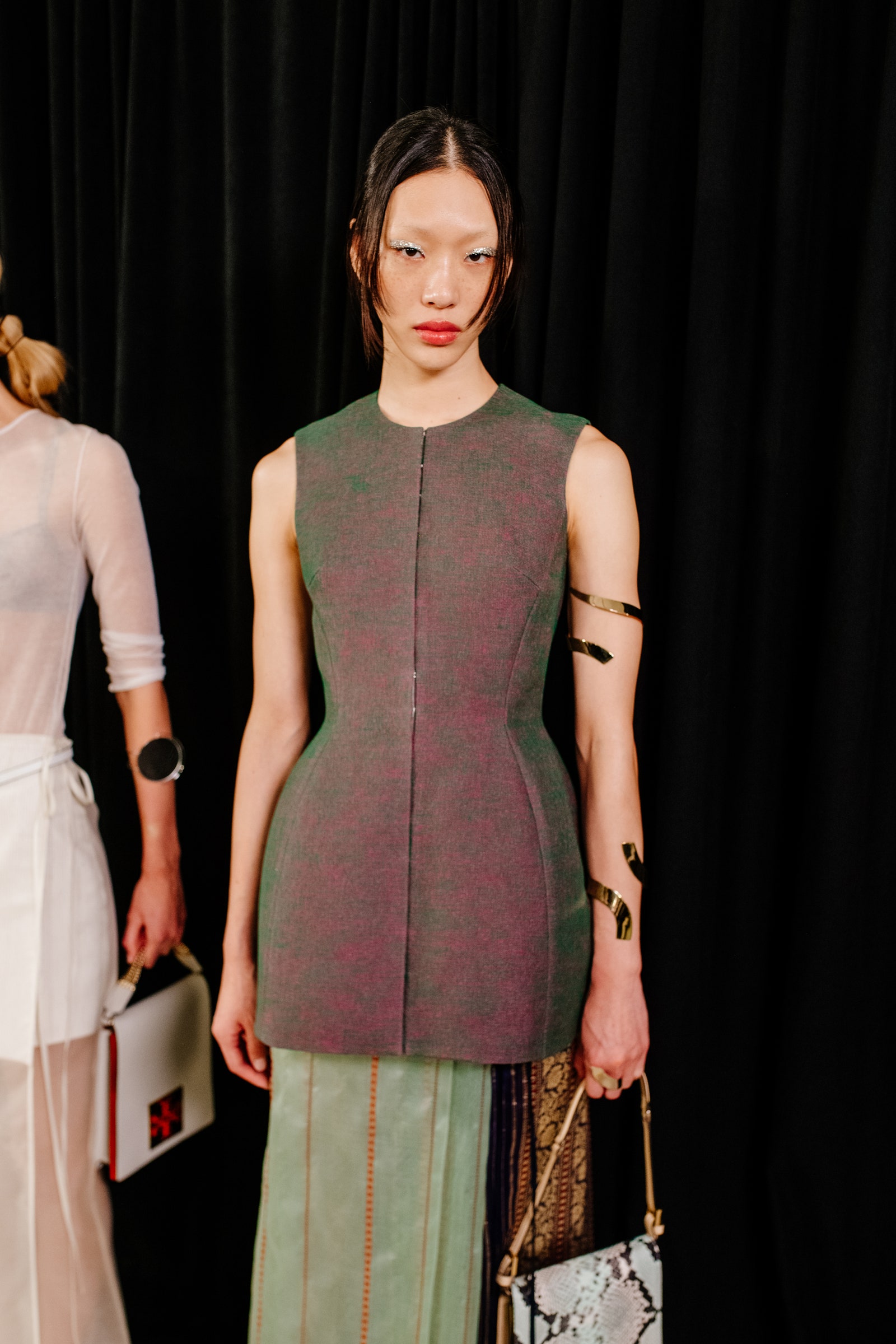 “It’s that very clean, super, super wet and glowing skin, or there were highlights in specific places,” Kendal continued, referencing the highly recognizable look preferred by era-specific photographers such as Mario Sorrenti and David Simms. But there is a different nineties beauty archetype —the one preferred by designers such as Helmut Lang and Martin Margiela, in which there was one thing that “maybe not everyone had, an off lip color, or something going on with the eye”—that Kendal leaned into for Burch’s spring show designating a chunky, silver, glitter-clad cat-eye as the singular statement. 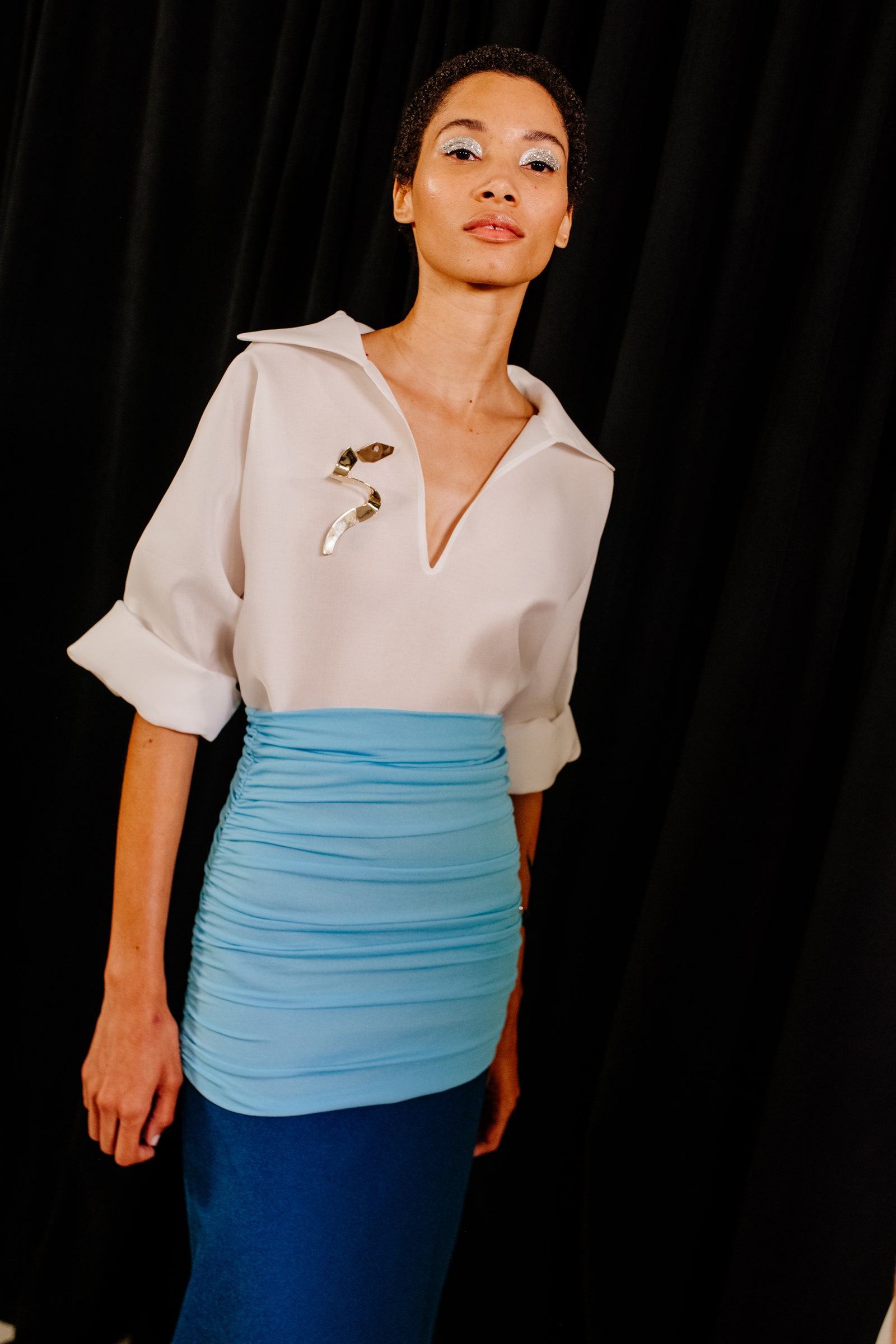 Ugbad Abdi and Grace Elizabeth’s skin was still very clean and glowing thanks to Cle de Peau’s Intensive Brightening Mask and its new Luminizing Face Enhancer, a multi-tasking highlighter that Kendal layered with creme blush and over foundation where needed. But the eyes had it, the result of a shadow base that Kendal topped with a flick of lash glue and shimmering silver flecks. Placement was key, she insisted, noting how extending the detail from the lash line just below the crease made it subtle, but significant enough not to get lost on Pier 76’s sprawling, sunset-lit runway. “When the girls blink, you can still see it,” Kendal insisted, a promise she made good on. As Selena Forrest winked at an admirer in the front row, there was a perceptible sparkle in her eye.